About Us - Bentley Flock Limited

"Horses have been part of my life from the beginning."

I was fortunate to have grown up with horses from an early age, as my parents were involved with the breeding of Part-bred Arab Palominos during the 1960`s, at our farm in Dodford near Bromsgrove.

Encouraged by our mother, my sister and I helped where we could, and eventually assisted with the handling and backing of our youngsters before they were sold on. We spent many happy hours in the saddle hacking out, showjumping and showing in hand at local shows. 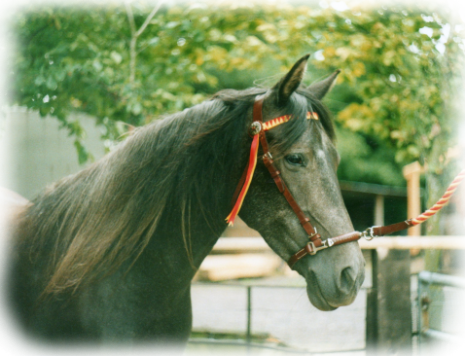 My husband, David, was also brought up on a farm at Foxlydiate and he spent many years helping his parents with their dairy and beef suckler herds. At fifteen years old he accompanied his father, working their Shires on the land, ridging the potato field, cultivating and chain harrowing the grassland.

Having only previously seen pictures of Spanish horses in books, it was not until the 1990`s before we actually saw a living Spanish horse at The Royal Show, where we were exhibiting our Jacob sheep. A stand in the Craft Area was promoting Seville Oranges, which combined a display by traditionally dressed Spanish riders on the most beautiful horses I had ever seen. It was the kind temperament and breathtaking sculptural elegance of these horses that was so captivating.